Is a protective guy anti-feminist?

I’m so over the Will Smith debacle with the exception of one nagging thought - was he anti-feminist? I read angry comments about him defending the “little woman”. Does it annoy you if your man defends you or wants to protect you? I like it. Then again, I like when anyone sticks up for me. Conversely, I’m someone who tends to defend others as well. What are your thoughts?

Like so many complex questions, my answer is…it depends. I’m not sure if I would be too happy if my defence was violent unless if it was a situation where our family was at risk of being harmed. Otherwise I think the escalation is worse. Is it anti-feminist? Again, I’m not sure…it really depends on what the trigger is, the specific situation. I do feel friends should defend one another and I would be disappointed if my friends did not defend me.

I don’t think it’s that zero sum. You can be a protective male without stealing the woman’s agency, I believe. My husband knows I’m capable of protecting myself, but also puts himself in harm’s way, whether I agree or not. It used to enrage me, but now I accept that he knows about dangers here (here being Mexico) that don’t exist in Vancouver, or not in the same extent.

I think Will Smith is using his wife as a copout for shit behaviour, and like the rest of the world, just wish it would go away. There is clearly healing that has to happen in that family and (in all families, generally!) I hope they can settle things without the outside world (myself included) watching.

I cringe at the public displays of temper my abusive ex used to do if a man looked at me. That was toxic masculinity. My husband being aware that at certain hours, it’s best I avoid certain places alone, I take as him equipping me with information that is good for my safety.

I probably shouldn’t have mentioned W. Smith because there was the violence component and it was completely unnecessary. I’m with you though. I think context matters. If someone was making fun of my alopecia, for instance, I’d want them to to be outraged and shut it down (not with violence), as would I if someone was doing that to a friend.

Sorry you had an abusive husband. Sounds like the man you’re with now is sensitive and caring. Glad you have that in your life. I realize in hindsight that I shouldn’t have brought up W. Smith - totally segues into the violence he displayed, which I strongly agree was completely inappropriate. I was surprised by the anti-feminist aspect but I realize from reading the replies that may have been more about a guy “defending a woman’s honor” with fists versus a partner and/or friend speaking up and shutting down cruel behaviour.

I think it’s awesome when a man defends and sticks up for not just his loved ones but also animals, people who can’t stick up fir themselves, children, and anything that is wrong. That is a real man to me. It’s so HOTTTTTT!!!

I do not think it is anti-feminist in general, to stand up for someone when someone else harms them in general, regardless of if the defender is family, friend or partner. I will say I find it attractive in any person, if they are not afraid to speak up, or challenge bad behavior. That said, the violence makes it wrong on so many levels, particularly with this Will Smith F@ckery. I had a previous partner who was a blackbelt and MMA fighter, which at first was so hot, and I liked that he was protective and direct about how he takes care of business, verbally or otherwise. When he actually got into a fight once though, my feelings completely changed, and I was not impressed, in fact I hated it. I eventually broke up with him after he punched a hole in my wall, because he clearly had emotional problems he wasn’t dealing with. I never worried he would hurt me, but he clearly had issues.

The man I married is certainly big enough to beat someone up, he’s 6’2 and in good shape, but he does not believe in violence, and I have never seen or heard of him fighting anyone. The only thing he references is, once a belligerent former friend got mad at him for making a joke at his expense, and tried to choke him. Once he realized the guy was seriously trying to hurt him, and he could not breathe, he got out of the choke hold and just told the guy that is not okay, and told him to GTFO of his house.

Regarding animals, I feel differently. My dad used to train horses growing up in Montreal. He once saw a man punch his horse, and my dad was disgusted. So he walked up to the man, punched him square in the chops, and said: ‘It F@cking hurts, doesn’t it? Don’t hit animals, you POS’. I get my swearing, and my love of animals from my dad

Your dad is LEGEND!! That guy deserved the punch. 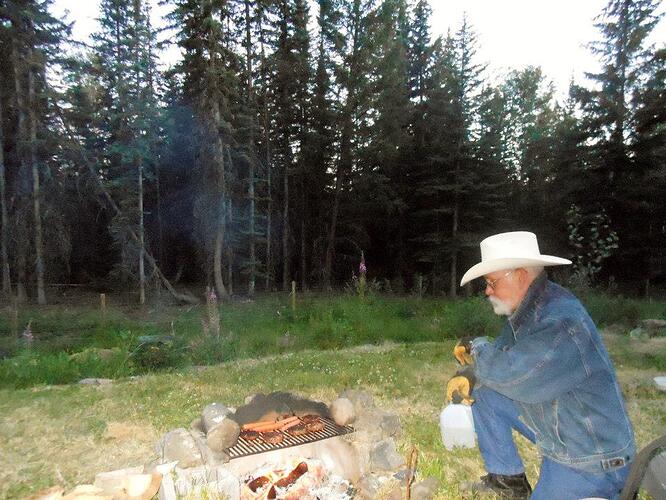 Love him! Thanks for posting.