I’m not a Kardashian fan or follower by any means but I did see this story about Kim K taking about why she was interested in her current boyfriend Pete Davidson after her separation from Kanye. She refers to Pete’s rumoured BDE

and that she was just looking for casual fun when she texted him. Now some people are criticizing her for “using” Pete and running the whole older woman, younger man criticism. What’s wrong with a newly single woman having some fun? Why is this totally acceptable for men but when women do it it’s all pearl clutching? Is it the fact she is over 40 and is a mother?

Link to article below for the juicy details 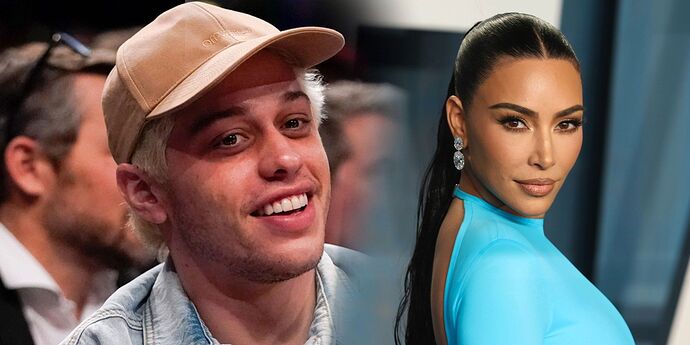 Kim Kardashian Blasted For Her Reason For Dating Pete Davidson

Kim criticized for truth behind romance with Pete.

Kim is in her 40’s found someone new to nurture it’s easier for her to sort of “control” Pete, if you will. Kanye was honestly Drama Queen and there can only be one girl in the relationship.

He just quit SNL too

It is totally acceptable for Kim to do this, since they are both willing. Also a new potential stepdad brings another perspective to her kids, Kanye was a little crazy. North will follow in Kim’s taste in men.

Older women should do this more often, I call it the “Leo DiCaprio” lifestyle. Once you’re in you’re 40’s you should have some fun - and often younger guys are just a breath of fresh air.
Pete just seems to be more laidback, Kanye has big visions and lost his mom (who kept him in check most his life prob).

Once more celebrity older women start doing this or just in society/culture bubbles/communities in general, people will get used to the idea. I think it’s definitely changing, or I hope at least.

I couldn’t agree more! Pete knows what he’s getting into and he seems like a really down to earth, genuine guy. He has a history of snagging amazing women as girlfriends, and although a lot of men like to say he’s hitting above his grade, it seems his personality (LOL and what’s in his pants) IS all that. He has handled Kanye’s attacks on him with grace.

Women who are divorced and after their 40s and 50s I say go for it! Have a little fun as long as you’re being safe. If Leo keeps doing it, and if you have the means, why the heck not?

Go Kim!!! They are all adults, who is anyone to judge? No one truly knows the dynamic except them.